Establishment of the Kentucky Derby Race
The Kentucky Derby race Was established in 1875 by Col. Meriwether Lewis Clark, Jr. who, after visiting the UK and France in 1872 and witnessing the British Epsom Derby and the French Grand Prix de Paris (known today as the Prix de l’Arc de Triomphe), sought to erect a racing event that would comply in conditions and features to the other two races Meriwether was so impressed of. Upon its return to the US, Meriwether turned to the Louisville Jockey Club in order to raise money for the erection of the racecourse that will later be known as the Churchill Downs racecourse. 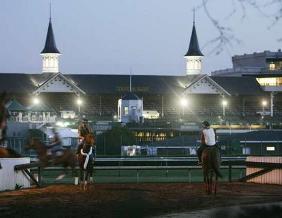 The racecourse was built upon lands provided by John and Henry Churchill, Meriwether’s relatives who had the course named after them. The first Kentucky Derby race was run in 1875 1 mile 4 furlong and featured 15 3 year old runners when a colt named Aristides won the race under jockey Oliver Lewis. Though declared as a great success and hosting more than 10,000 racegoers, the racecourse failed to maintain its business plans and got caught in financial difficulties, until 1894, when the New Louisville Jockey Club was incorporated with new capitalization and improved facilities. Despite all the efforts, the racecourse continued to flounder until 1920, when Col. Matt Winn established a syndicate of wealthy businessmen to support and maintain the racecourse and the Kentucky Derby race. Since then, the race and course became prominent in the history and culture of North American horse racing. 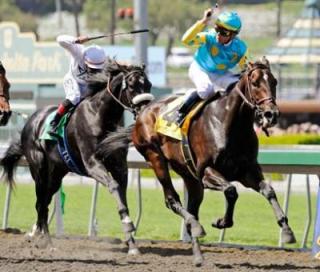 There are several famous traditions in the Kentucky Derby race: